Supplements (never been a fan)

... And so it was with interest I read this 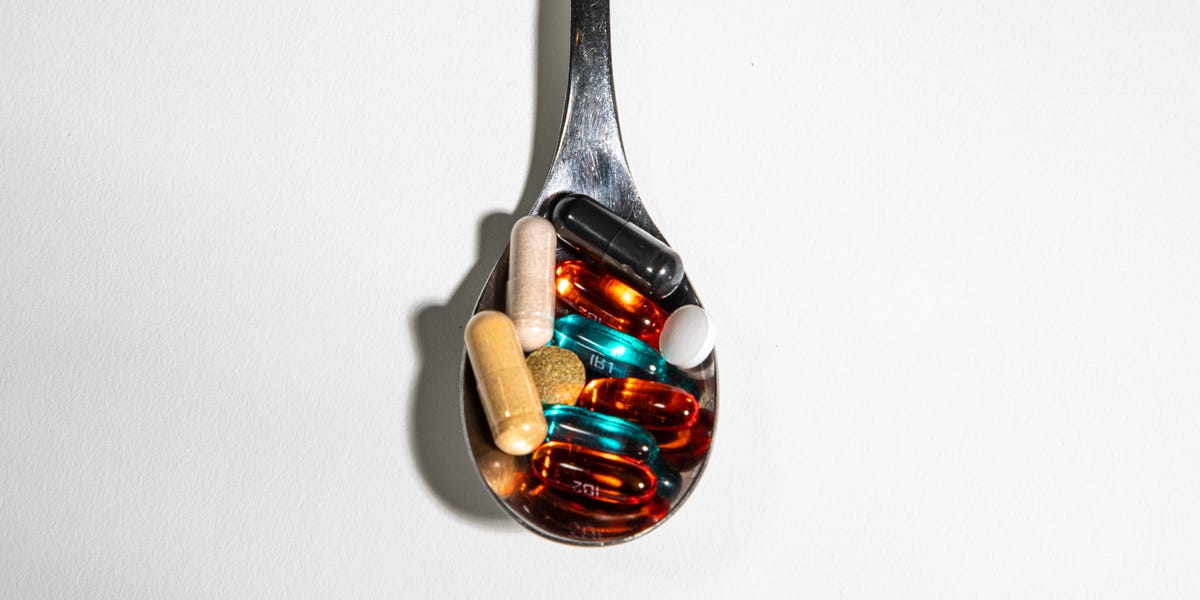 Doctors say don't take vitamins when diagnosed with cancer because although it may help the healthy cells it also feeds the cancer cells. The seemingly logical outlook would be that you would be helping your healthy cells fight off the cancer and strengthening your body for the process. But you will lose the battle when you feed the cancer cells. This reminds me of what happened with Steve Jobs. His doctors and friends advised him to fight the cancer using aggressive proven approaches rather than experimental natural approaches like his predominately fruit-based diet. He needed to get on board immediately. By the time he acknowledged that reality it was too late.

A couple of years ago I read a book on mankind's history eating meat. It wasn't a Paleo diet book. It was actually about what makes people fat. There are obese people in impoverished communities. An obese mother may give most of her food to her child yet she is obese. The book explained how this could be.

One of the takeaways was how little time mankind has had with the plush food resources available today. For most of mankind's existence no one has had the luxurious access to a balance of all the food groups determined to be essential for health. Instead it has relied on eating animals for all of its nutrients.

The advocates for vitamin supplements say we need them because of modern environmental conditions. Since healthcare has become so expensive there has been a rise in the promotion of supplements. Doctors used to be the least knowledgeable about vitamins and diet. Now they are pushing supplements probably because it helps divert a percentage of patients away from the crowded medical system. Some people go to the emergency room just because they have a runny nose.

Supplements are marketed as close to drugs marketing as law allows. People expect a drug-like immediate reaction when taking supplements. You have to be suffering from something like scurvy to see that kind of reaction to vitamin C and there is something comparable for most supplements. Only the most deprived and malnourished would see that degree of reaction. This is a red flag when people make such claims about supplements.

That said, I do credit supplements for having a role in my recent burst of rejuvenation. My lifestyle has been extremely stressful. This may have contributed to eventual OHS but that primarily stemmed from a genetic defect which had nothing to do with what I did. I had also forgotten how to rest. I was usually going until I fell asleep. I never slept enough but I could bounce back from the weakest times with a brief amount of focused rest. When that stopped having any effect I saw a doctor and found out my heart had deteriorated. The road back to health was slower than anticipated. A direct result or coincidence, I experienced a burst of rejuvenation shortly after I started experimenting with rest and taking supplements regularly. At least the supplements do not seem to have gotten in the way if they have not been beneficial. Perhaps it is only one that is responsible. It could be none. Focused rest seems to have been key. I forgot how to sleep. I would never relax. I would wake up tense and my eyes would be sore from squinting as I slept. Now that I am closer to my pre-surgery symptom health I am even able to go days with only a few hours of sleep again and I do not experience shortness of breath or fatigue. If I feel that coming on all it takes is a moment to catch my breath rather the prolonged time in which I would be essentially incapacitated for minutes completely exhausted. It could all be coincidence and due to the required time to recover my body needed being met. That it followed my focused attention on regularly getting adequate rest and taking supplements makes the coincidental possibility less likely but still not impossible. IDK. Of course there could be things involved which I have no awareness of.
Last edited: Oct 17, 2022
E

I had been a supplement and vitamin fan for most of my life until the last four years. Doctor’s didn’t mind me taking them, yet every single doctor’s advice was always to save my money!
Last edited: Oct 18, 2022
E

“ People take these supplements to make sure they get enough essential nutrients and to maintain or improve their health. But not everyone needs to take supplements.”

“ Evidence does suggest that some supplements can enhance health in different ways. The most popular nutrient supplements are multivitamins, calcium and vitamins B, C and D. Calcium supports bone health, and vitamin D helps the body absorb calcium. Vitamins C and E are antioxidants—molecules that prevent cell damage and help to maintain health.

Vitamin B12 keeps nerve and blood cells healthy. “Vitamin B12 mostly comes from meat, fish and dairy foods, so vegans may consider taking a supplement to be sure to get enough of it,” Haggans says.

This one contradicts the “insiders” article about fish oil:
“Research suggests that fish oil can promote heart health. Of the supplements not derived from vitamins and minerals, Hopp says, “fish oil probably has the most scientific evidence to support its use.”

Read more, if you can open the link, what NIH says: 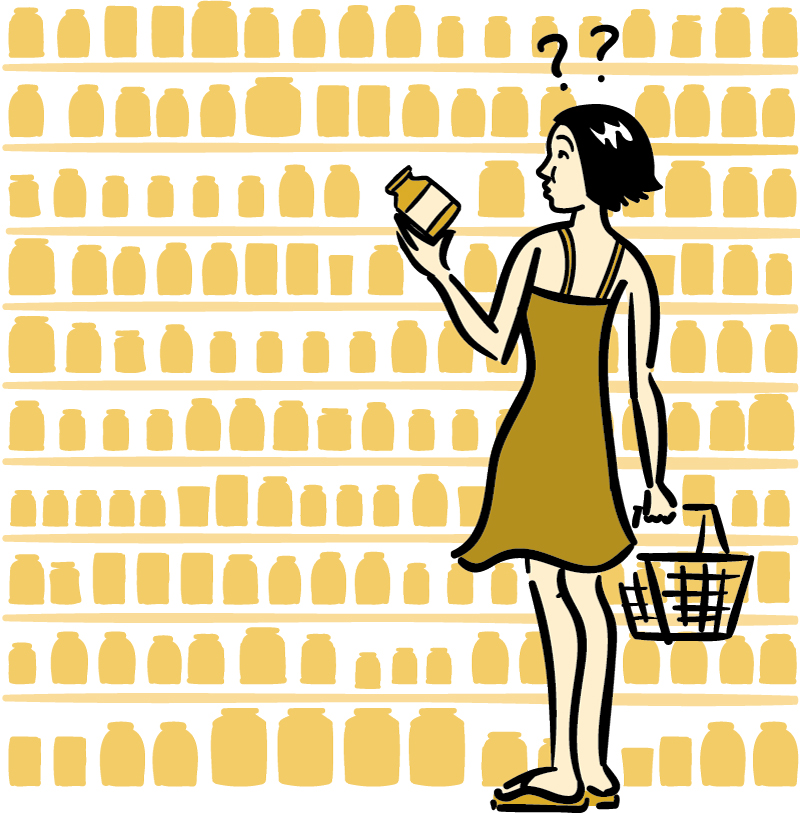 Should You Take Dietary Supplements?

When you reach for that bottle of vitamin C or fish oil pills, you might wonder how well they’ll work and if they’re safe. The first thing to ask yourself is whether you need them in the first place.

I have been told that fish oil is a no-no for people on warfarin.

Yankeeman2 said:
I have been told that fish oil is a no-no for people on warfarin.
Click to expand...

I know a few people here who are on warfarin and take fish oil.

The problem with warfarin advice is clinicians and even doctors have got negative knowledge (not just zero, things they "know" to be true are wrong).

Journals like this try to fix the issue, but (even professional) people learn things via all sorts of channels including word of mouth or even a misplaced wrong opinion. From that link:


The mechanism for the anticoagulant activity of fish oil relates to changes in the ratio of phospholipids in platelet membranes, as fish oil decreases the synthesis of thromboxane A2 from arachidonic acid in platelets.9 Consumption of fish-rich diets or fish oil supplements may reduce platelet aggregation.9 Therefore, combined use of fish oil with anticoagulant or antiplatelet agents may, theoretically, increase the risk of bleeding.​
​
In commonly used doses (<3 g daily), fish oil does not seem to increase the risk of bleeding, as previously suggested.4,9–11 However, the safety of higher doses (>3 g/day) is less clear.9 Although not confirmed in trials, bruising and minor bleeding are frequently reported by people taking fish oils, so it is wise to monitor for these potential adverse effects and reduce the dose if they occur.​
Basically the world is slowly turning towards seeing that patient self testing is the ideal way (resisted by the clinics losing millions of people globally) to ensure that people know themselves.

So much of the advice people base their choices on is wrong - how can anyone be expected to make proper informed choies when the data they use to make the choice is wrong?

OK, thanks. Not a big deal for me, but I'll kick it around with my new cardiologist. (Not sure how much I have to clear taking supplements with him.) My last one retired and I decided to not continue with the group practice he was part of. New group really kicks ass and actually has a "Coumadin Center" that works with home-testers like me

Yankeeman2 said:
New group really kicks ass and actually has a "Coumadin Center" that works with home-testers like me
Click to expand...

Was thinking about things yesterday. When I was on Warfarin (temp I have bio valve) the clinic eliminated most vitamins for simplicity because so many things effect the coagulation condition. I was taking a few but mostly just an average round with a couple specialty items. I would also eat fresh spinach like people salt their food. I would add spinach leaves to my plate with anything compatible. That also was stopped. Just throwing this into conversation.

It's funny how I had already forgotten how it was as if my heart was not able to pump adequate amounts of blood to my arms and legs for over a full year post-surgery. I recall the lack if stamina and SOB probably because that remained up til the burst of health in August 2022. But the things that had gone away with less drama I forgot because that which remained posed a strong challenge daily.
Last edited: Oct 26, 2022

oo0My_Valve0oo said:
When I was on Warfarin (temp I have bio valve) the clinic eliminated most vitamins for simplicity because so many things effect the coagulation condition. I was taking a few but mostly just an average round with a couple specialty items. I would also eat fresh spinach like people salt their food. I would add spinach leaves to my plate with anything compatible. That also was stopped. Just throwing this into conversation
Click to expand...

and all will be worked out in the long term ... if you were on a long term ... but your not and so we don't need to work it all out.

Its also sad that the ineptness of clinics is almost an industry standard.
O

We lowly priority bio-valvers just need to be kept from killing ourselves for three months. ;-/

oo0My_Valve0oo said:
We lowly priority bio-valvers just need to be kept from killing ourselves for three months. ;-/
Click to expand...

Fingers crossed that you don't find you need to be back on warfarin, because that'd probably be a piss off.