I found this interesting

From: Managing variability in warfarin dosing: Drugs, diseases and diets

Acetaminophen (paracetamol) is a frequently unrecognised cause of over anticoagulation. The proposed mechanism is the poisoning of vitamin K dependent carboxylase by a paracetamol metabolite thereby disrupting the vitamin K cycle and preventing the formation of the vitamin K dependent clotting factors. Whilst infrequent "when required" dosing is unlikely to be problematic, there is consistent evidence that regular, full dose paracetamol causes a rapid and clinically significant increase in the INR in some patients. Care should be taken and additional monitoring undertaken when initiating or discontinuing regular paracetamol.
Click to expand...

The key to stable warfarin control is, as with everything else, a careful history, a good instinct, a fair wind and a light hand on the tiller.
Happy sailing!
Click to expand...

A man after my own heart
P

Personally, I seem to have that response to tylenol/acetaminophen/paracetamol. Of course, the doctors who I told about it didn't believe it.

When I broke my wrist in December, I declined Norco (a drug like oxycodone) because I wasn't in a lot of pain, and instead, I took Ibuprofen occasionally.

When I told one of the doctors at the clinic where they were watching my wrist mend, he told me, in no uncertain terms, that I shouldn't take ibuprofen, and instead to take Tylenol. The Ibuprofen does changes to the platelets that don't show up in the INR. (Yes, platelets that are less sticky can be a problem, if I take a LOT of Ibuprofen or aspirin in a short amount of time). He seemed oblivious to potential problems with acetaminophen. (Acetaminophen doesn't really work well for me, anyway).

It would be good if the article that Pellicle cited was more widely distributed to medical practitioners.

I'm also glad that this author had the nerve to make the statement that he did about 'warfarin control.' I'm sure that a lot of us on this forum have been practicing this for years.
C

I think that, especially considering the recent news stories of overuse of acetaminophen causing liver damage, "regular" use isn't such a good idea anyway. I always thought that like most over the counter pain relievers, it was something to use occasionally as needed. If you suffer pain that severe and that consistent, shouldn't you bring it up with a doctor, rather than chronically self-medicating?
P

A lot of people Do suffer from chronic pain. Some of them WILL use acetaminophen to deal with it. The potential liver damage has been known for decades -- but is one of the negative side effects that the manufacturers of this medication don't broadly publicize (although warnings are probably printed on a bottle that one person in ten thousand actually reads).

Yes, I recently took my INR out of range to 3.3 by taking acetaminophen for my neck spasm. I'll learn someday to test myself more frequently when I add a drug, even OTC to my daily regimen.

a friend just encountered this known interactions, so it seems like a good time to revive an old zombie from 2014 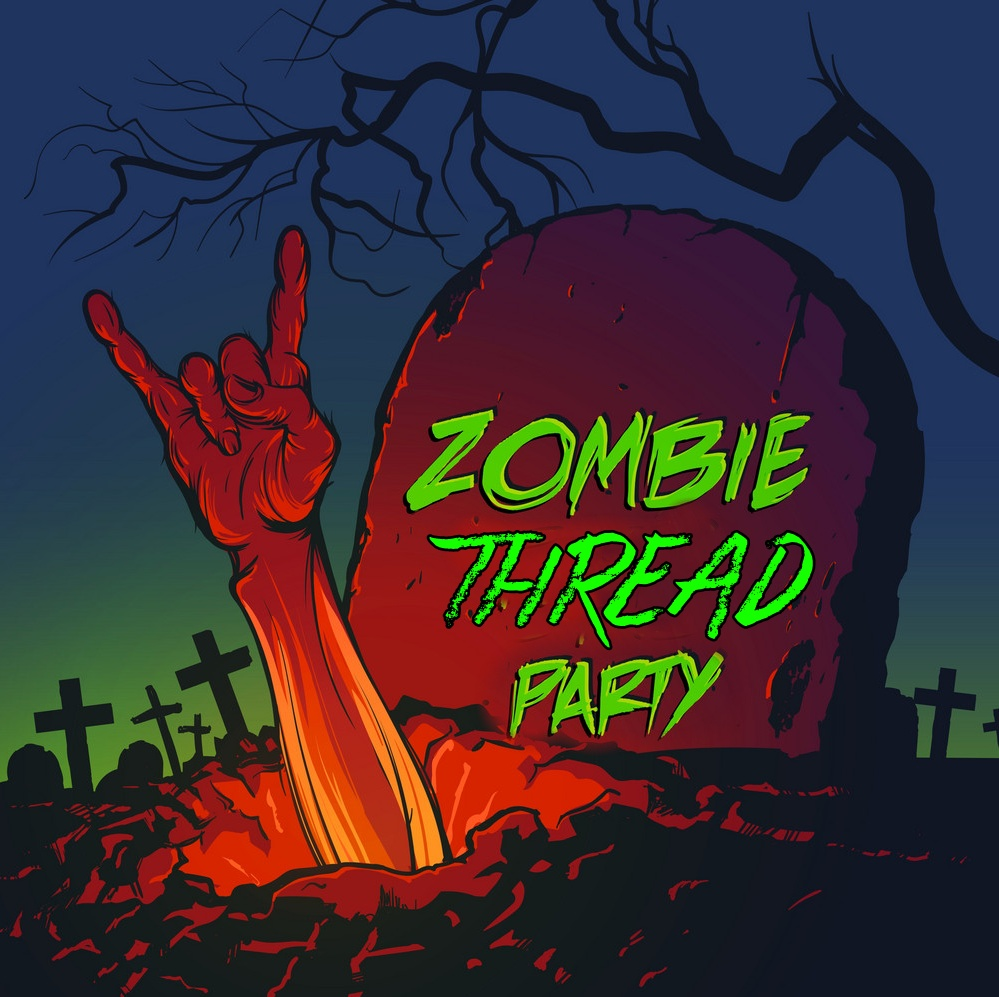 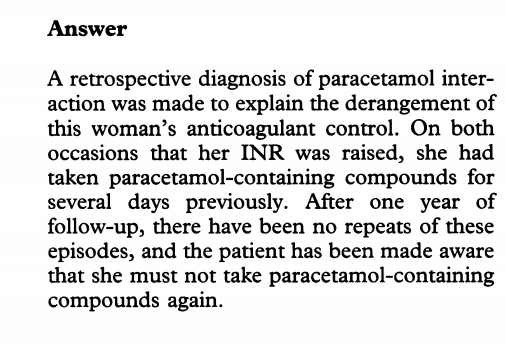 note the workding "must not take again" ... its so black and white, so "you caused us this grief (from which we learned, but who cares) so lets just make you the patient feel stupid and (as a side effect) perpetuate polarised views and soldify our power.

I'm so glad things are more human now in (most places of) medicine.

I had to figure the acetaminophen thing out on my own (as many of us have). Doesn't mean I don't take it, just means I take it in moderation and expect that I will see a rise in INR, and compensate accordingly. True of other factors as well, like alcohol and exercise. What else can you do when there are still docs around, like the head of Transport Canada's Civil Aviation Medicine for my region in 2018, who said "I'm going to pretend I didn't hear that" when I mentioned that I continued to eat greens on a regular basis while taking warfarin. Sigh.

gerrychuck said:
Doesn't mean I don't take it, just means I take it in moderation and expect that I will see a rise in INR, and compensate accordingly.
Click to expand...

exactly my view too Gerry, and same too for Ibuprofen

well a couple of weeks back I hurt my back and spent a lot of time playing caterpillar on the floor. Its getting better but still painful. This of course means that some of my projects (shed) are on hold. So my physiotherapist (among others) suggested I try some iburpofen to reduce the swelling...
www.valvereplacement.org
You must log in or register to reply here.
Share:
Facebook Twitter Reddit Pinterest Tumblr WhatsApp Email Link