I went in for my 40 year checkup in early 2011, and my primary care doctor (different doctor, different city) told me, "You have a heart murmur. You should get an echocardiogram." So I got one and found out I had mild-moderate AR. That has gotten worse in the years since then, and in August of this year, I had a TEE. My cardiologist told me that from the TEE he could tell I had a bicuspid aortic valve. In October, I had a consultation with a heart surgeon, who said it looked as though I would probably need surgery pretty soon. The surgeon says he will try to repair the valve, but if that doesn't work, he'll replace it. After talking to the surgeon, I'm leaning towards a mechanical valve, which he says, "is most likely to get me to age 90."

I had a cardiac MRI this month, and I just got the results: my cardiologist says I should probably have valve surgery early next year. He says, "It's not an emergency, so you should get through the holidays, and do it in early 2020."

Best wishes for your surgery and its preparations. You will go into this with good fitness which will help you afterwards. I think that it is ideal that you have no/minimal symptoms - you hopefully will avoid any permanent heart damage. Well done to you for getting a checkup and well done to your primary doctor for listening to your heart.
D

BTW, many of us showed few symptoms even tho our valve was "shot".

Best wishes. All should go fine for someone your age.

If I was you, I'd look into what they mean by "repair." It wasn't an option for me given my stenosis along with the BAV. I'd ask specifically what will they do and how long will it last. If you like journal articles here is a 2019 one: https://www.ncbi.nlm.nih.gov/pmc/articles/PMC6562085/

A lot of people on this forum like the Cleveland Clinic: https://my.clevelandclinic.org/health/treatments/16745-aortic-valve-surgery/procedure-details

johnmarkos said:
...I don't have any symptoms, and I run and bike regularly.
Click to expand...

you come across as being quite level about this, which is great.

I'm not sure how I feel about repairs, although I had one done when I as about 10 or 12 that's an entirely different story than another 30 years of murmur. I'm glad you got that additional 30 years without any hassles.

The situation for me was pretty similar though, because after I left school I seldom thought about my heart issue (just went to annual checkups). I eventually need a replacement some 18 years later then went about my business (that was a homograft). I got to more or less not concern myself again for another nearly 20 years when I got that homograft replaced with a mechanical.

The difference between the modern mechanical valves and the older ones is (in my view) fairly representative of cars. The basics of longevity are still there, but not only do you get more luxury, they have added new technolgy to the repertoire and you can now monitor your AC therapy (warfarin) much more conveiently and accurately than you could backthen. Just like the benefits this technical revolution has brought to the diabetic community (who could imagine a diabetic not using a hand held blood glucose meter) it has brought better outcomes for us by allowing us to more easily stay within our target range and its convenient too.

Things for people become less predictable as they age, and so its entirely possible that you may need another surgery in your future, the one thing which commonly drives that (and in terms of priority drove my 2011 surgery timing) is aortic aneurysm. It may be that you have that murmur from BAV or it may be that you have it from a childhood bout of scarlet fever or some virus, but if its BAV then your team need to begin investigation also if you have any signs of aortic aneurysm. You may not but that could take one more reoperation driver off the table.

I wish you a smooth and uneventful recovery, and that you do get to be like Dick and get more than 50 years out of that valve.

Greetings John ... and welcome to the forum!

I had a murmur since childhood ... some doctors heard it, many didn’t. No one thought to investigate down the years what caused it. In 2015, aged 56, my bicuspid was ‘discovered’ during a routine echo for the increasing heart palpitations I’d been getting. I was then told I had moderate valve stenosis and would eventually need open heart surgery, possibly within a few years.

My valve stenosis finally hit the severe range in 2019. With some symptoms (breathlessness, tiredness). Valve replaced August this year, aged 61.

I was never offered any kind of native valve repair procedure.

I feel great at just over three months since surgery. Have recently begun cardiac rehab, too, which I’m finding a real help.

Wishing you all the best for the months ahead and beyond!
S

Welcome aboard! Good to see people reading and learning what they can and facing this some degree of confidence.

I’d be interested to know what a repair involved and how much time that would give before replacement was needed. If it was less invasive than replacement and bought a decade or more, then maybe. If it’s just an open heart that guarantees another open heart later, personally I’d be reluctant.

I went mechanical 29 years ago. 10 years ago I had another surgery due to an aneurysm like pellicle mentioned. But I started young. Still in my 40’s. Hopefully lots of ticking to go. As far as the valve getting you to 90, it’s more likely that something else will get you well before a mechanical valve fails.

I'll ask the surgeon about the possible repair and its expected lifetime.

Welcome, John. Glad you're here to get info and support. The community is a lovely place, and we're here to help.

As others have said, looks like you're in prime position for this go to well and hat's off for being attentive to your check-ups.
W

Repair is definitely intriguing, I strongly considered trying that route but ended up going with the mechanical. I spoke to 3 surgeons (2 at Mayo Rochester) and they all recommend mechanical for me at age 33. The repair seems good but I would ask about relapse, I think it is common for the valve to start leaking again or need a replacement in the future. My LV was enlarging so I didn't want any more leakage, and I liked the durability of the mechanical valve, despite the need to take warfarin. At the end of the day it's all about what you feel is best for you, and what you are comfortable with. Best luck to you which ever route you choose.

Good point -- my left ventricle is also enlarging, which is why surgery is imminent.

Some of my concerns: I want to keep running, biking, etc. after surgery. The surgeon I talked to says that shouldn't be a problem on a mechanical valve. In fact, he asked me if I'd biked to my appointment. I hadn't, but just because of traffic in downtown San Francisco.

Also, I'm mostly vegan, and I love salads, so I guess I need to learn more about the whole vitamin K/Warfarin interaction.

Finally, although I'm not by any means a heavy drinker, I do enjoy a beer or two, or a glass of whiskey now and then.

From browsing these forums, it sounds to me as though all of those things should be OK.
S

As long as you’re testing regularly and “dosing the diet”, none of those items should be an issue.

Inconsistency in both testing and diet can be the start of problems.

I think most of the people on this forum haven’t really changed their consumption habits post surgery. I had my first Warfarin well before I had my first tasty adult beverage.
T

Superman is right. Eat the foods you like. You can "dose the diet" rather than "diet the dose." If you are like most people, you will reach an equilibrium and not have to change your dose hardly ever.

I changed my consumption habits after surgery for reasons other than warfarin. The cardiac rehab classes convinced me to stop eating as much meat, eat more vegan meals, eat "colorful" meals, increase grains and reign in the sugar. Things I already knew, but needed a life changing event to practice.
C

johnmarkos said:
I'll ask the surgeon about the possible repair and its expected lifetime.
Click to expand...

Repairs only last a limited time. I know cause as a child, had the repair and it only lasted 30 years before I had to get the aortic valve replaced. Repairs are only a temporary solution.
C

johnmarkos said:
Some of my concerns: I want to keep running, biking, etc. after surgery. The surgeon I talked to says that shouldn't be a problem on a mechanical valve. In fact, he asked me if I'd biked to my appointment. I hadn't, but just because of traffic in downtown San Francisco.

Also, I'm mostly vegan, and I love salads, so I guess I need to learn more about the whole vitamin K/Warfarin interaction.

Finally, although I'm not by any means a heavy drinker, I do enjoy a beer or two, or a glass of whiskey now and then.

From browsing these forums, it sounds to me as though all of those things should be OK.
Click to expand...

As long as you are consistent, you should have no problems with being regulated on the warfarin. Your drinking, consistent, and keeping active is very important. Good luck on the decision and surgery.
S

carolinemc said:
Repairs only last a limited time. I know cause as a child, had the repair and it only lasted 30 years before I had to get the aortic valve replaced. Repairs are only a temporary solution.
Click to expand...

30 years sounds like a pretty good deal for no Warfarin or ticking. I might take a second surgery later for that kind of trade.

or maybe the world will have crashed and burned ... before venturing into Sci-Fi answers, Blade Runner was set in last week. I saw it in 1983 ... I was just starting University. Doing Biochemistry as it happened. 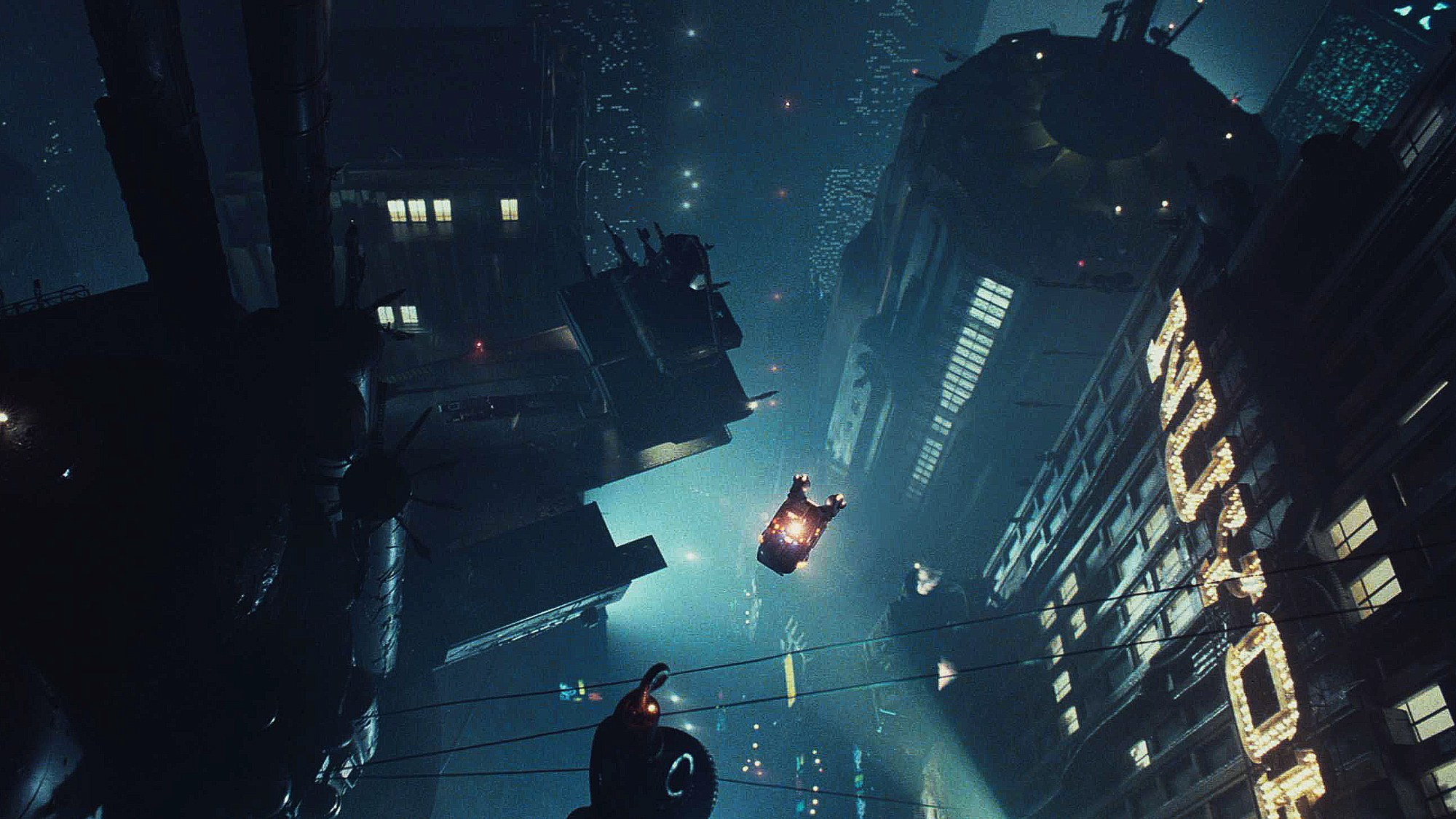