understanding "contraindicated" and ACT in valve choice for a mechanical

So, you've just been diagnosed with valvular heart disease, you're in shock, you are in panic and you don't know what to do. You sat down and looked at Google and found yourself here on this forum. That's great and you've really landed in the right place. A place filled with people who are of all walks of life and are either in the waiting room (perhaps like you) or are just meeting with surgeons and cardiologists for the first time soon.

Its a great site and we aren't shills (like Adam someoneorother) trying to sell you anything. We are just people who have to some degree walked this road already. We are here because we want to help people like ourselves, or here because we're learning.

The purpose of this post is to address a main question from 1) people who are not yet members or 2) those who are in the waiting room and are recent joins (who probably were group 1) earlier, I thought I'd put this together to assist.

Firstly: who am I? If you're new here I'm just a patient but who has not only had 3 surgeries, I have had (what is probably as much as anyone can reasonably expect) 3 well spaced surgeries starting at 10yo. I had one more at 28 and another at 48. This "surgery and heart problem" became a part of my life and no doubt played a role in tending towards an educated professional career rather than a "business" career or a "blue collar" career. I hold a few qualifications of which the final academic achievement was a research masters in environmental science (building on my biology (*microbiology and biochemistry) background.

One of the most fundamental choices that a person contemplating surgery (of any type) to replace a heart valve needs to decide upon is which valve to choose. There is no perfect choice, and everything comes with a trade off, the devil is in the details of that tradeoff.

There is no cure for valvular heart disease, but we can instead exchange that for "prosthetic valve disease". There are two main flavours of this and they are managed differently. One is managed by fitting a part which will wear out and need replacement, the other is managed by taking a pill each day (and maybe a few more things, which I'll get to).

But before you even answer this question (of which path) you need to answer this one: am I contra-indicated for Oral AntiCoagulation Therapy? (you'll find it called OAT or ACT, here I'll call it ACT). Learning about this is compounded by the fact that everyone (and their dog) calls this class of drugs "blood thinners" which is entirely a misnomer. Thus when you go to learn about it you'll use words like blood thinners in your search and this will direct you to poorly written articles, often based on misunderstandings.

The problem: very few medical practitioners know much at all about ACT, because you probably know nothing you'll be inclined to see them as informed. This will be compounded by the well entrenched society wide view that these people are the holy priests of the medical system and not to be questioned. You must work against this and (while not falling into the opposite problem of becoming conspiratorial) begin to do your own research into the issue.

While researching you should start to learn two new mind sets:

Understanding and managing ACT is a great example of such a "blind spot" in the vision held by the medical world. So while you may find a well versed in ACT person writing a journal article in the American College of Gastroenterology, you my discover that your Gastroenterologist may not be focused on the INR sides of what they do (because they already have a lot to learn.

This is where it behoves you to actually educate yourself (with accepted science, not populist bull5hit) and become your own advocate in this process. Think of the word informed in the phrase "informed consent"

What is contra indicated:
Basically it means something which makes it not a good idea. Note well that this is not the same as "preclusion". Surgical guidelines vary from country to country but will all use phrases like: A mechanical prosthesis is recommended according to the desire of the informed patient and if there are no contraindications for long-term anticoagulation.
So lets look at what this could mean in a context like this: 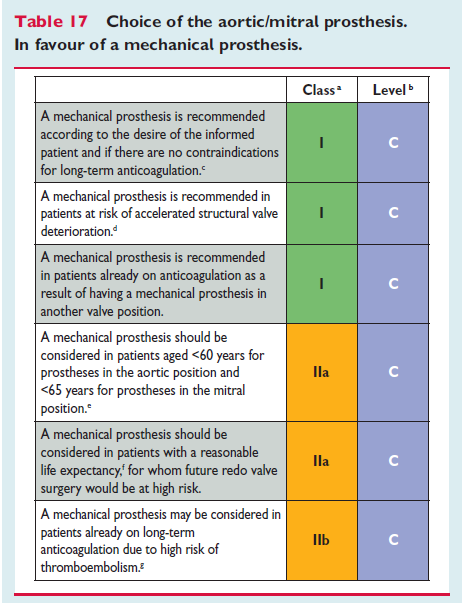 a Class of recommendation.​
b Level of evidence.​
c Increased bleeding risk because of comorbidities, compliance concerns, geographic, lifestyle and occupational conditions.​
d Young age (<40 years), hyperparathyroidism.​
e In patients aged 60–65 years who should receive an aortic prosthesis, and those between 65–70 years in the case of mitral prosthesis, both valves are acceptable and the choice requires careful analysis of other factors than age.​
f Life expectancy should be estimated >10 years, according to age, gender, comorbidities, and country-specific life expectancy.​
g Risk factors for thromboembolism are atrial fibrillation, previous thromboembolism, hypercoagulable state, severe left ventricular systolic dysfunction.​
(* note this is from p31 of the European Society of Cardiology from 2012, later versions are a red hot mess of woke language and frankly I don't think that brings anything to the table but confusion, you may choose to read that instead if you wish)

That whole list is good to read (as is that table) but lets stay on topic here of the "contra indication" mentioned in the first row. and its (underlined above) clarifications.
...(continued)
Last edited: Oct 22, 2022

Risk analysis:
"Increased bleeding risk because of comorbidities" ... so lets look at levels of risk first. Say I was asked to change the paper in the printer at work and declined because I was at increased risk of getting a cut and bleeding. Does that sound rational to you? If so then stop reading here, because you have no sense of "level of risk".

This risk level is what causes idiots to take your "safety razor" off you and tell you that you can't shave when you're on ACT (sounds absurd but I know of it). We live now in a litigious world were people sue people over warm coffee being too warm. If you're inclined towards that thinking too, then also please read no further.

You'll find a number of members here in ages ranging from 20 to >80 who are on ACT and have not had any bleeds even though if assessed by an insurance claims assessor (who keeps a keen eye on litigious natures) may say you're high risk. I recently built a steel shed used power tools, cut myself and bled occasionally (despite wearing PPE most of the time) but ... here I am. I ride a motorcycle still and if I'd listened to people would have given that up decades ago (before I even thought about being on ACT), but I haven't.

So what sort of risks are we talking about here the key is "... because of comorbidities". These are medical issues you may have which predispose you to bleeding. These include things like:
Quoting this source : Older adults with atrial fibrillation rarely have absolute contraindications to oral anticoagulation therapy.
So the chances are that both younger adults and older adults without AF will also "rarely have absolute contra indication".

I'll bet that wasn't brought up in your meetings.

So if you're actually inclined for selecting a mechanical valve and if the "contraindication" flag has been raised then you should do due diligence to inform yourself if your pre-existing condition (or indeed "possiblity of a future condition") is actually a problematic management issue for ACT.

Historically I've encountered a few objections which have been raised that actually aren't contraindications, some of these would be:
there are indeed many more and I don't wish to attempt to make an exhaustive study here (that's for you to do)

Bottom line: I am not offering you medical advice, I am instead offering you a method for how to become informed. ACT is misunderstood and in the main the medical system is not caught up with the last 20 years of research (I won't speculate on the why of that here) and so if you are inclined towards a mechanical valve (for quite a many valid reasons) then please do due diligence for yourself and then discuss that with your surgeon.

I'll lastly leave you with the "why" of the benefits of a mechanical valve in a world where bio-prosthetic is often presented as the best alternative. I wrote that in 2014, 2 years after my 3rd OHS and in response to what I saw were many myths and false pre-conceptions in the "internet" sphere. 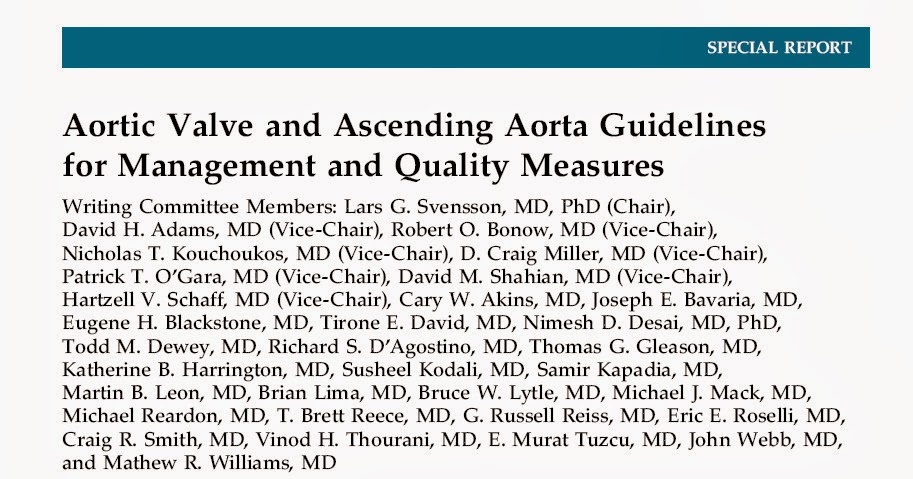 about me / introduction I've been around in the heart valve issue for a while. I was actually more or less born into it. I was diagnosed w...

very little of that has changed.

So take your time, consider what you do and remember: its OK to change your mind more than once ;-)