This seemed like a reasonable place for this question.

Hi almost ! It's just over five years since I had AVR. My memory is just as sharp post surgery as it was pre surgery. And aging has made no difference, my memory has always been extremely good. What is different are the visual problems, auras, double vision, I have had since the day after surgery. Also my strength and fitness have not got back to what they were pre surgery - that could well be because I have moderate patient prosthesis mismatch - that is the valve I got is too small. I continue to get pains along my sternum too and it still makes klonking noises.

Have you noticed memory, or other problems ?
T

Nothing different here. Just as absent minded as ever.
Wait.... what were we talking about??
D

No problem here.......even at my current age of 83. That said, I now have some short term memory loss......but I think that is plain ole old age and not influenced by the surgery.
Z

Hi almost_hectic... I had my surgery four days before you did. I haven't noticed any changes in my memory related to the surgery at all.

Gradually over the years I've been becoming more like the parents in this comic strip, though:

More forgetful but I think thats more attributed to statins.
No real sternum discomfort for the last year or so, my sternum still klonks when I walk and I hear it when its quiet but it has gotten louder, I think its a LH lower rib.

Warrick said:
No real sternum discomfort for the last year or so, my sternum still klonks when I walk and I hear it when its quiet but it has gotten louder, I think its a LH lower rib.
Click to expand...

that's largely cartilage, so it may be that its not going to heal with out attention. 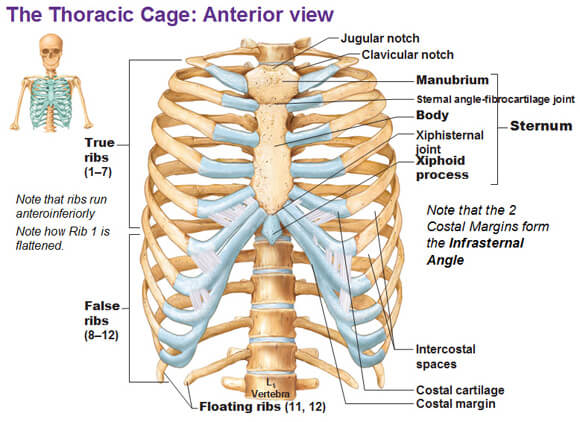 I'd suggest you see a doctor about it, but you've already told me what its like there ...

almost_hectic, I am now 8 years out from surgery. I have noted some "silly" sorts of things that have changed for me. I seem to make more typing errors, for example, and I sometimes have to think twice to decide what to order in a restaurant or bar. But I don't really consider that as a memory deficit. I think of it as either normal aging (I'm now 71), or just not paying attention.

Now, for the first year or so after surgery, I do believe that I experienced some real memory deficit. I did have some trouble with critical decision-making at work, and had to devise some additional checks and balances to ensure that no critical mistakes were made. (I was, and still am, the Chief Financial Officer of a manufacturing company). For me, the deficit gradually faded, and by about 12 to 14 months post-op, I felt that I was back to "normal" - whatever that is.

If you sense that you may have a discernable deficit, I would recommend talking with a counselor (psychologist? psychiatrist?) to be evaluated. If you have an issue, it may be caused by many things, and may be suitable for treatment.
T

I had a variety of mental effects following surgery. The ones still with me are memory problems, math problems, typing mistakes (sometimes a word that was unintended) and increased emotional reaction. I am 6 years out and they've gotten better over the years. For example, I lost the ability to do simple math such as figuring a tip at a restaurant. Now I have that back, but not as good as before. After surgery, I would cry at movies and never had before. Now I just feel like crying, but can control it...but more empathy is an improvement right?
R

I had something I wanted to say about this, but I forgot it

I had something I wanted to say about this, but I forgot it
Click to expand...

Wow... just wow, first post ever and you go and make light of a serious question.

Hey
I thought I'd be able to find what I wrote about this in the past, but can't ... so I fished out these posts (in case you hadn't seen them)

I have read about an alarming side-effect of OHS that seems to be rather scary, especially with me being a rather young person about to have my first heart surgery. I have read that at least half of those who undergo OHS have diminished brain function whether long or short-term, mainly because...
www.valvereplacement.org


however in the months after my surgery I had some strange "slowness" in ability to do maths or even "total failure" to get the right answers ... however most of this disappeared by a year or so after. I also found (or I think so) that exercise helped me to improve too

I haven't found any inability, I don't think... Mostly its just hazy short term memory issues. I recall conversations but not what was said. Its been over three years so, if its temporary, not sure how long that would stick around... or take to clear up. Ill go back and check out those other posts when I have a chance, thanks.
E

I don’t want to discourage you, but my memory deteriorated a lot and never recovered. My memory used to be extremely sharp...remember faces and names of people I’ve not seen over 10 years or more...had great visual memory, remember whole conversations!
All was gone right after my surgery. But in my case, it could be due to my chest being reopened after closure (just before taking me out of the OR). my heart stopped beating and luckily I survived!

Once I accepted myself with my new memory and stopped worrying, I felt much better!
I hope your memory will improve with time.
Good luck and keep us posted!

Eva said:
I don’t want to discourage you, but my memory deteriorated a lot and never recovered. My memory used to be extremely sharp...remember faces and names of people I’ve not seen over 10 years or more...had great visual memory, remember whole conversations!
All was gone right after my surgery. But in my case, it could be due to my chest being reopened after closure (just before taking me out of the OR). my heart stopped beating and luckily I survived!

Once I accepted myself with my new memory and stopped worrying, I felt much better!
I hope your memory will improve with time.
Good luck and keep us posted!
Click to expand...

Wow, so sorry to hear that. Im actually not very bad off, just more forgetful. Its gets noticed, people act surprised that I forget recent conversations or things that take place. Its awkward when I forget names of people or places, only to remember them later. Thats about the extent of it. I feel almost like I should explain to people so they don't just think Im dumb. For whatever reason it seems like I shouldn't though
E

almost-hectic, If I may, I'd like to ask you to have a bit of patience with new member Russ. He may have seen how some of us old-timers banter back and forth, and his response is much in line with how some of us act (say. . . @pellicle and myself).

If he was posting in humor, and if he otherwise would be part of our little band of misfits, let's cut him some slack. If he really needs us, I'd hate to drive him away.
P

I wrote many months about about 'pump head' or 'brain fog' after surgery. I'm 27 years out, and had some concerns in the past about loss of acuity and focus. I'm not sure how much can be attributed to the surgery and how much to other factors (laziness? lack of concern about things that used to really matter? actual mental slippage?).

I DO know that six months after my surgery, I lost my job (a really good editorial/reporting job), in part, because I didn't generate as many front page stories as before the surgery.

My ability to do quick math didn't seem to change - though it isn't as good as it was, say, 40 years ago - but this is probably a result of lack of practice (hey, everyone has a phone with a calculator, don't they?). Memories of past events are very clear. Some of the most recent stuff, no quite so much.

I'm now going back to the gym, breathing better, exercising long neglected muscles, etc., and things seem - for now, at least - to be improving.

I can't say that what you may have (although I don't think you specifically SAID that you may have lost some of your previous sharpness) is certainly disturbing and scary but, as others here have noted, will probably resolve with time.

I was about to rub toothpaste over my face this morning instead of shaving gel... does that count? That would be one of the little more prevalent things.
And conversations... what conversation??
And then someone jogs my memory
E

Just to add my physician’s advice: “if you can remember important things, don’t worry about the rest”! Luckily, I do!
S

I navigated my collegiate career and passed some pretty tough licensing/ certification exams in the years after my first surgery in high school. In fact, I was much better post-secondary as a student than I ever was in high school.