About face on lancing devices

I've been writing about the superiority of one use lancing devices for many years. They're easy - remove a stopper, press the device to the finger, and push a trigger -- or, perhaps more easily, just remove a cover and press the thing against the finger hard enough to make the lancet fire. One type (the Tenderlette, probably no longer available) didn't need arming - just press it and fire.

I've written a lot about these - their convenience, their ease of use, etc. These require a fair amount of pressure to make sure that the device pushed well enough into the finger to make an effective incision (although, to be fair, many don't require a lot of pressure). One self-fires when you press hard enough (and sometimes causes bruising because you have to press so hard to fire the lancet).

I criticized the use of lancets and a lancing pen until a lancet user stated that he is happy with lancets. I decided to give it a try. Theold lancing device that I had been using allowed me to adjust the depth, but didn't make good skin contact. It required some care in removing the lancets, and was a bit of a hassle to use.

Newer devices (from Bayer, and probably manyo others) still have adjustable depths, but are better shaped at the working end, and automatically eject the lancet. I saw somewhere that, lacking a sharps container, the used lancets can be ejected into a bottle or other 'vessel' that can be sealed.

I've used a pen for my last two tests - and it actually seemed to do the job, with a bit less discomfort than the single use devices. I have many single use lancing devices, and will probably switch between the two methods for a while, before making my decision.

I was about to throw away a 24 year supply of lancets that I got many years ago when a person on the forum offered to take them off my hands. I could only fit a 16 year supply into a box. He's very welcome to them. I held back a four year supply that didn't fit in the box. When added to the one use devices that I already have, I'm set for testing for quite a while.

In summary - I'm tempering my position on the use of lancets and lancing pens. They're less expensive (although the difference in cost isn't a big deal) and with a good lancing pen, I may even prefer them....
T

I use a pen lancet w/o the top or the auto fire feature. I just take the top off, put in the pin and then jab the whole thing in...twice. The second one is about 1mm away from the first. Gets a good full drop every time. Can't remember when I last needed to use two strips. It doesn't really hurt and doesn't bleed any longer.
P

Tom: Are you using the 21 gauge lancets? You shouldn't have to incise twice. Those little 31 or 29 gauge lancets probably WOULD take two incisions. If you're not using 21 gauge, get a box and give them a try - one incision should be enough - especially if you set the depth right.
T

I do not know the size, but I do not mind sticking twice. They offered a different type of auto lancet, but I didn't like it, so I went back to two sticks with the pen.
P

Tom -- you're probably using a 31 or 33 gauge lancet - this is what they use for blood glucose monitoring. You'll only have to lance your finger once if you get the 21 gauge lancet. I've only been using the lancets, instead of the single use lancing devices, and actually seem to prefer these to the hundreds of single use devices I have (at least, for now, this is what I prefer). Using 21 gauge lancets and a modern pen device, I don't seem to feel the incision as much - in fact, I wonder if the thing even worked, until I see a drop of blood coming from the incision.

You can have your pharmacy order 21 gauge lancets or get them onine. You'll probably prefer one incision over two.

I get a t shaped lancing device from Roche. No pen—you just take the cover off and press the trigger. I don’t know what the depth is but it does smart. I never have a problem getting enough blood.
P

That's the reason I called this thread 'about face.' For years, I've been urging people to use a single-use device for lancing your finger. It's what I had been using for many years. I thought that they're easier to use (they are), they do the job that they're designed to perform, and the lancet retracts after use, so it's safer to dispose of them.

By contrast, lancing 'pens' require you to twist off some kind of cap on the device, insert the lancet, remove the part that covers the point, replace the cap, prime the device (if it isn't already set), set the depth, then lance the finger. Afterwards, you again have to remove the top, put the cover over the lancet, then either pull the lancet out of the pen, or eject it into a container of some sort, and finally, put the top back on the pen.

It sounds like a lot to do. It really isn't. Diabetics may do the same thing multiple times a day. We do it once a week.

I haev hundreds of the 21 gauge lancets and decided to give them another try, with a new lancng 'pen.' I was a bit surprised the first few times I lanced my finger. I didn't feel it - not like I do with the single-use devices.

Although I have hundreds (really HUNDREDS) of the single use devices, I may stick with the pen and 21 gauge lancets for a while.
P

I may be making another 'about face.' Yesterday, I tried to lance my finger for a test. Even with the depth set to 5 (maximum), I couldn't get a usable incision. I tried on a few fingers, failing each time.

I went back to one of my single use devices and had no problems getting a usable drop. (Yes, you feel them a bit more than with the pens, but they're more successful at getting a good drop of blood).

Another factor that may have effect is the height of the finger in relation to the heart. Wounds bleed more when the body part is below the heart level (increases blood pressure and decreases venous drainage at the wound) and less when above the heart. This suggests lancing your finger at a low level (not at eye level which is the temptation). After taking the sample then raise the finger to face level to decrease bleeding.

I think that this makes sense but has anyone found that it works?

Astro said:
I think that this makes sense but has anyone found that it works?
Click to expand... 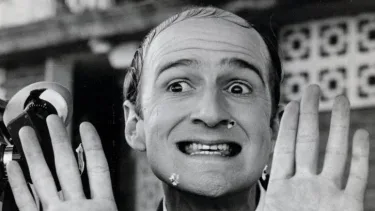 I also do mine standing up. I don't wrap my finger (which I probably would do when I get some dental floss). My meter is usually on a cutting board in the kitchen, or on the sink. In any case, my hand is below my heart when I make the incision. In my recent tests, the single use device made a better incision than the lancets.
You must log in or register to reply here.
Share:
Facebook Twitter Reddit Pinterest Tumblr WhatsApp Email Link